Don't Wait Until Spring to Clean Up Your Freelance Thing


No, I'm serious here...there's nothing worse than not being able to find products, supplies, or something you desperately need and wasting money buying a duplicate!  Even though you may live by "there's a method to the madness" in reference to YOUR slovenly habits,, sometimes you have to put your foot down.  Cleaning your workspace shouldn't be a chore but a way to inspire new ideas, clear physical space, and be more productive.

How do I know?  I'll ask you this...does a hoarder ever accomplish anything outside of basic needs?  We all know that freelancing of today isn't just about doing a job and going back to watching TV.  While the process shouldn't be all-consuming in terms of clock hours, many successful freelancers find creative ways to market themselves and/or earn "lazy" income while seemingly having the time of their life, right?

Well, every little thing you do to earn money should come with a plan with milestones.  A lot of newbie freelancers or gig workers get caught up in earning pennies here and there but when this is your life, it's much bigger than that.  So what does this have to do with physical cleaning?  The fact that you may be leaving money on the table because it's surrounded by the zillions of sticky notes in every color possible. 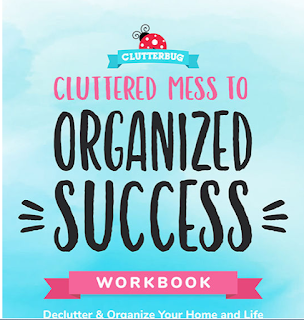 If you find any of the above applies to you, the above is a book I highly recommend.  While it's not targeted at freelancers or remote workers, it comes with many downloadable forms that can be used in most work situations.  This, in combination with a good binder or high-capacity storage disk, can easily save you from yourself when you're in the middle of a call or conference and you suddenly FORGOT where you put something. *NON- SPONSORED BLOG POST*
By J.Swindell No comments:
Email ThisBlogThis!Share to TwitterShare to FacebookShare to Pinterest
Labels: business, communication, freelancing, gig, goals, money

Cleaning Up Your Social Media 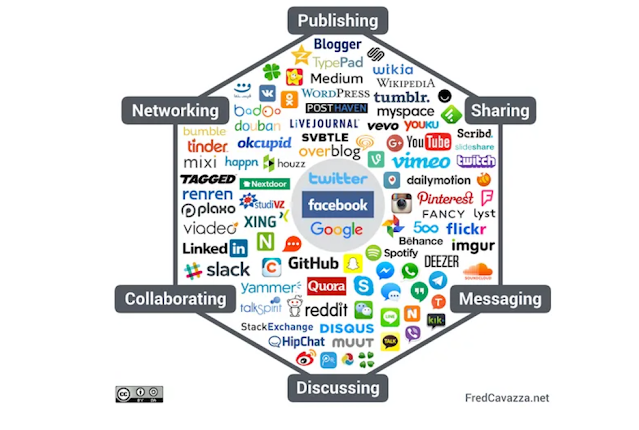 If your personal and business social media accounts tend to intersect, then you may want to cut out time to analyze, organize, and plan your expectations for each account.  The same applies to those who sign up for accounts at random - or at the insistence of a past client - and are unsure of why you joined in the first place.  Don't worry it's happened to a majority of freelancers but you can be a real badass when you first 1) admit your mistake, 2) make time to correct it (even if it means retrieving lost usernames and/or passwords from tech support, and 3) create a realistic plan that is sure to bring a return of some kind.
Seeing the Possibilities
The above image is not just an ample listing of social media companies but a template of methods that freelancers should use for business.  Some experts will tell you to use all six methods but some people may be able to get by on 2-3 methods.  Also, realize the power of each one before dismissing or misusing.
Facebook is a good example of this.  While some people stay away because of past security issues involving user data, you can still use this as a lead generation tool, research new prospects, or make direct sales through their e-commerce feature.  At the same time, many don't realize that Pinterest and Instagram can serve the same purpose.
Moving Beyond the Negativity
According to this Forbes article, the pandemic has had no negative effect on social media and commerce.  Not only are companies seeing a return but more social media apps are on the rise and adapting to a growing demographic.  Yes, freelancers and other remote workers are seeing the benefits of Yammer over Slack or other direct messaging tools as a way to communicate with clients.
There's also a good chance that the big trifecta (Facebook, LinkedIn, and Twitter) may be a waste of your time.  Most people who rely on visuals find that sharing sites like Pinterest and YouTube are better suited to their needs.  Some of these people cannot even explain why they have the standard, outside of personal interest.
Revisiting the Past Can Be Inspiring
Many of us bloggers have had hosting issues...everything from last-minute format changes to unfair billing practices.  However, moving on can be easier said than done.  Before realizing that domain transfer could be done with a few mouse clicks, I created new URLs at the snap of a finger with a new host.  Over time, I forgot what was where and why.
Yet, when I did the recommended cleanup, there was a nice surprise.  On my last blogging platform were some pretty impressive viewing stats.  This particular blog was connected to my first, which I started nearly 15 years ago and build using white hat methods for gaining traffic.  This blog was also the first to generate income through sponsor posts and click-thru ads.
Since I made a few bad moves, I eventually moved everything to a temporary host home where I loved making blog theme changes.  I still blogged from time to time but there was no social media support or even hard copy (I used to sell zines as well) media to cross-promote my posts or related events.  So I was happy to see that I still had a few loyal viewers and those willing to share because I literally did nada to garner traffic.
So before you get a new idea, take a look at your current intellectual property and see what's good about it before abandoning it.  One thing that hurts is having someone else see the potential and making money off of your concepts.  Yes, you probably can sue for damages but it takes less time and money to just get some creative juices going instead.
By J.Swindell No comments:
Email ThisBlogThis!Share to TwitterShare to FacebookShare to Pinterest
Labels: blog, brand, clients, communication, freelancing, networking, social media

If you're hip to imagery and social media trends, or just find there's a shortage of decent shops in your area and are confident that you have (or can develop) the skills to make this work...go for it.  The reason why I mention social media is there are no boundaries as to who can wear a wig or whether it looks great...ask Lady Gaga or Nicki Minaj.  At one time, these looks were dismissed as being silly or childish but since people have come to accept this as the norm, it shows in the profits.

One good thing is that you don't have to have a cosmetology license or own a lot of expensive equipment or supplies to get started.  Just having an idea of what will make your venture stand out or the idea client should inspire some new ideas.  You can also cater to a group that's truly underrepresented in your local beauty supply shop like cancer patients, those seeking realistic-looking hairpieces, or those with large or small head sizes.

Depending on the audience you plan on catering to, initial costs can be low if you choose to use synthetic hair.  This type of hair has many texture types that range from bone straight to extremely coarse (think of an afro or hair in a dreaded state).  However, depending on the brand and style you choose, this type of hair has a relatively short wear life but is good for practice if you just learning how to make a wig or hairpiece.

On average, you can look forward to spending somewhere between $1000-2000 for supplies, tools, shipping accessories, and display materials.  On the other hand, costs can be cut if you want to make a few hairpieces to test the waters.  These take less time to assemble and costs less per unit so this may be a way to build your wig-making skills.

When Your Side Hustle Has Hit the Skids

Whether your side hustle is a way to stretch a regular paycheck, float your true freelancing aspirations, or one in a series of hustles (think of J-Lo's character in 'Monster-in-Law"), it's still an important investment of time and resources.  Although slow days are the norm, we know when ish is truly drowning.  And it doesn't have to necessarily do with getting paid, as communication breakdowns, quality client retention (because bad clients are too easy to find), and vendor drama are just some of the examples that make it tempting to ghost the whole thing.
Is it wise to let something go and let it fly away like a tumbleweed?  Not without serious consideration and self-analysis...and neither should take a long time!  Like any relationship, letting go can either be a gamble if the pros equal the cons or very necessary.
However, when you're realistic about your hustle and what you can bring to the table, it makes the final decision much easier.  For instance, if you insist on having a high-end gourmet catering business during a pandemic and with no previous experience, shelving it until the economy turns around may be a good idea.  On the other hand, if you know that an influx of pre-pandemic businesses are coming to your 'hood soon, then that food truck might be your best idea to date.
Here are a few questions you might want to ask, then answer honestly before throwing in the towel -
By J.Swindell No comments:
Email ThisBlogThis!Share to TwitterShare to FacebookShare to Pinterest
Labels: business, clients, communication, freelancing, gig, goals, money, networking, relationship, social media
Newer Posts Older Posts Home
Subscribe to: Posts (Atom)