We all have individual talents and some of those may be considered weird but depending on how well you're willing to market yourself, you can make a few dollars in your spare time.  Sometimes, it's our personality that gets us into a unique position.  For instance, the Starbucks barista that made the joke about quitting their job (real genius... in this economy) because of having to make a special order for a paying customer.

Now, we're not going to talk about retail salespersons that work on commission and spend precious time on fickle customers.  However, there are some personality types or persons with skills who thrive on the challenge.  Instead of setting themselves up for failure, they can go on to better things without having to return to college or trade school.

I was just going through my file directory and saw files from classes that have no use today.  Tens of hundreds of files...I've been in school since 2009 (I took a couple of year-long breaks and got two degrees).  Anyway, as much as l love filing, I dread going through each folder, selecting the files, or wondering if there's some important note that I could use.

Oh yeah, hoarding does run in my family and while my physical spaces (home, personal vehicle) are relatively clean, I definitely have an overload of files. I'm probably the only person on my block that still has 128GB flash drives. The difference between me and my family is on a good day, I'd pay someone to consolidate everything of relevance to an external drive.

An excellent example of this is a man named Richard Kirschner,

How Not to Fumble Future Clients and Other Opportunities, Part II

Now if you're wondering what happened to Part I, this is actually the final part of this post.  To summarize, I got a message from someone via LinkedIn who acted as a representative for a blogging service.  Initially, I thought this was a list of leads but it was actually a solicitation of services by a freelance writer.

While this seems like a big oops, the truth of the matter is that I sometimes have a need for a subcontractor.  All I need is someone with a unique voice that respects deadlines.  However, after looking at the many emails that would flood my box, I knew this was going to be a hard pass.

Here are a few pointers from the initial communication - 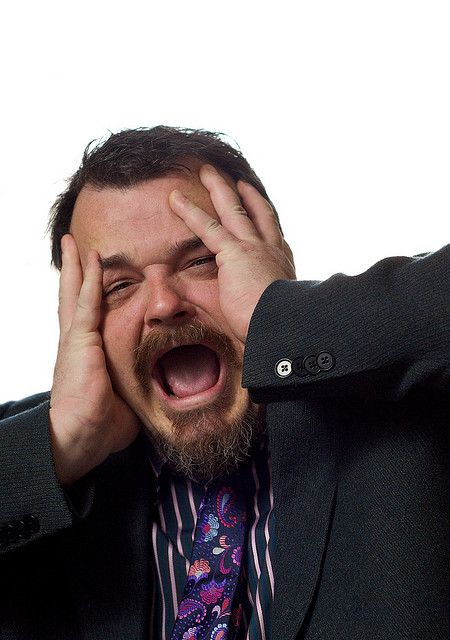 Some new freelancers feel they need a bunch of fancy stuff to sell services but often that's a waste of resources.  Just invest in stationery that's neat and easy to read.  Also, learn to read more than job titles.  My title is marketing assistant but if you were to study my profile, you'd see that I deal with creative services.
So while mistakes happen and sometimes the receiving ear can be distracted, putting your best foot forward can pay off in the long run.

A Freelance Gig to Consider: Bartender


According to Entrepreneur.com, making $300 a day is possible as a freelance bartender.  Combine that with minimal training and low start-up costs, anyone willing to market themselves can earn a full-time salary working a few days out of the week.  If you live in an area with a lot going on in terms of weddings, after-hours events, or pop-ups where the crowd can enjoy a nice, cool spirit responsibly, finding a niche shouldn't be hard.

Separating Yourself from the Crowd

You've most likely seen the ads for bartender training - learn a lot in a matter of hours for low or no tuition.  These are great for beginners, as you can gauge whether you like dealing with patrons, loud music, or the safety and security issues that bartenders are often responsible for. Most people enjoy the interaction but often things can get stagnant, as basic training is just that...the fundamentals.

Moving into mixologist territory can be done in a few ways.  Yes, you can teach yourself or take a class like the one mentioned in the non-sponsored video above.  There are also online workshops that offer recognizable certifications that can really take you places careerwise.

Creating a Niche They Won't Forget

The Advantages of Checking Out Your Competition


Sometimes when we see our competition, we take notes, help ourselves to their ideas (hopefully with a tweak or two), or just laugh at the mistakes they make.  While all of these behavior patterns are normal, sometimes doing a quick analysis can save us money or time in the future.  I'm not talking about serious data collection and running figures synonymous with A/B testing.  Just note how freelancers in your industry are building a rapport and how you do things better.

I'll admit that I don't do the LinkedIn thing like I should.  I know the features and take full advantage of ways to link my online certifications, linkable properties, and other visuals.  While they have come through for regular job prospects, it's also become a hub for multilevel marketers (MLMs) who seem to come to the conclusion that I need a career change.  I mean, really, what you get from my profile is someone looking to sell life insurance online?  During a pre-vax pandemic?  Okay, then. While the last contact was particularly pushy, I haven't given up on LinkedIn as a source of legitimate networking.

So the past couple of months have been a little mentally taxing and during these times, reading comprehension isn't my thing.  Hey, ownership is everything but this time it worked to my advantage.  I get a direct msg from someone who appears to have guest blog post leads.  His picture looks nice and the message, though brief, is well-written.  Okay, why not send this guy my personal email...as I can just block him if things seem shady later on, right?

Looking at the Initial Communication Stages

So the first oversight on my part was due to the fact that I initially thought the list of leads would be sent through LinkedIn. Once that was cleared up, I check my spam folder the next day.  The first thing I noticed was the email came from another individual and the first person I encountered never followed up.

Then I got the idea of the whole process by reading the email.  The idea was NOT to hook me up with leads (which kind of doesn't make sense since I didn't know this person to begin with) but sell me writing services.  Once again, people aren't paying attention to their prospects but out of morbid curiosity, I keep reading.

Checking Out the Goods

At first glance, I'm a little envious because this person's credits are a little more recent than mine.  I've willingly taken on no-byline jobs as a way to focus on other long-term projects.  The only thing about this process is getting away from milestones and allowing more time to pass than originally planned.  It happens but sometimes we can get a wake-up call that shakes our boots a little.